“.....with a unique sense of sound, Austin forms something of her own with the material at hand [musical quotes]...the colorful Hommage for Hildegard ....the premiere of the evening.., is quite imaginative and impressively orchestrated...”1

The Puzzle Preludes (1995), a playful set for the piano featuring quotes and impressions of famous and recognizable piano music including motifs from Chopin and Beethoven sonatas…are the first hint of the loving tribute Austin’s music exudes not only to the composers from the past, but to music in general.  They  offer a glimpse into a rare talent for piano writing using the instrument masterfully for range, balance and sonority.

.. An American Triptych, a delightful contemporary recital work featuring a display of

demanding technique, but not excessively so, celebrate the rags, blues and a blaze of fun in its final movement,

piano music as addressed by its historic heroes with the relevance of the present. A link rather than a portrait, this music is one hundred percent in the world of modern contemporary piano music that has very properly thanked its predecessors…

Austin’s concept includes Brahms and natural geometric forms found in roses that led her to write this warm flowing work, both which are directly involved in the actual construction of the music. … Elizabeth Austin is not without some formidable recognition here in the USA yet this American artist’s work is more greatly known and celebrated in Germany through regular performance, publication and overall high regard.  It’s time we welcomed her home.

Concert of Women Composers in Mannheim, sponsored by GEDOK (May 26, 1994):

“...Elizabeth Austin’s Circling for cello and piano began the concert, whose title provided both form and motivic patterns...polystylistic work with exciting interpretations as they set modern fragmentation and neoromantic lyricism, inner strife and a cantabile line against one another.....

Rheinpfalz Zeitung, May 28/29, 1994 (translated)
“... In Circling, the relationship of the players to each other, as metaphor for human relationships, is central, from the initial isolation towards the inescapable tendency to recognize each  other..."

Excerpts from CD review of  “A Falcon Fantasy” “(guitar and piano)"

Premiere of An die Nachgeborenen (To Those Born Later) for SATB Chorus & piano, Mannheim, Germany (February, 1992):

“...acknowledges with both fury and grief the fate of a deceived generation; it (the work) does not disguise the expression of pain and hurt.  This work by no means appears to be embarassed by an asethetic which does not necessarily reject the use of effective means....one heard falling seconds, the irritating chafe of intervals straddled by affective passages, which frequently and almost without guile, created variation in musical characterizations of the text....the piano part, rich in facets, was played with fine dynamic shadings....”

“…Elizabeth R. Austin, a Peabody-educated Baltimore native, is the president of Connecticut Composers, Inc.  Her three-movement symphony manages the remarkable feat of being strikingly original at the same time that it is jam-packed with musical quotations. It is a little surprising that she does not give a nod, either in her notes or in the music, to Connecticut’s greatest composer, Charles Ives, whose music featured the same fascinating dichotomy.  The immediate inspiration of the music is the sea (Debussy’s La mer is quoted early on), which she conjures with explosive crescendos and glistening tonality. It is fun to try to identify the quotes, but more important is the cohesion and power of the music as a whole… this CD showcases two composers of special merit, Carl and Austin, but I would suggest checking out their work elsewhere, rather than getting it in smaller doses….

The National Gallery of Art's concert, featuring a world premiere based on a Mendelssohn work, celebrated the birthday of Felix Mendelssohn.  But he was a bit upstaged at his own birthday concert February 1 by the world premiere of Elizabeth R. Austin's "Puzzle Prelude Vivace-Adagio (Mendelssohn)" which refers to his "Presto", op. 16, no. 2. Baltimore-born Austin told me after the concert that she was "trying to provide a link with the past. New music might be approached through our great composers. In a way, I play a little joke on the audience by (juxtaposing my own music) with direct quotes from (classical) composers.. to challenge the listener to uncover the composer behind the music of the past." NGA Music Department head Stephen Ackert commented that the "Puzzle Preludes are fascinating for me as (musical) tapestry."  Austin has won many national and international prizes, awards, and grants, including a Rockefeller Foundation award.

“….the premiere of ‘Wie eine Blume’ uses fragments from Schumann..the quotation is ultimately sounded in the innermost part of the rose, on tuned glasses: a magical moment….”

“…into almost Arcadian fields, Renate Kaschmieder and Florian Kaplick abducted their listeners with Austin’s Rilke Lieder, which the composer wrote at the age of nineteen….”

“….her “Puzzle Preludes” combine quotes from the classical period with her own variations…through this, one actually dines on the spirit of the famous masters of the past, which is woven seamlessly into the overall concept of these pieces…the grateful public offered lively applause for Urban’s brilliant interpretation…

Review of an all-Austin concert at Goucher College, November 8, 2004:

“Austin described her intriguing approach to composition as ‘pantonality, using freely shifting tonal centers, the triadic gestures of eighteenth-century harmonic usage, minus their function. The densities and balance between thematic passages and bridges produce contrasting harmonic idioms like clusters (tonal erasers)’…recent exploration into geometric forms found in the natural world as a basis for musical form.” 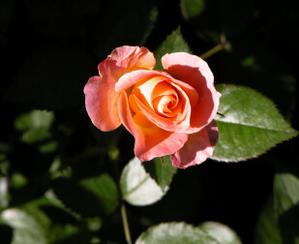 ..this collection will enchant the listener..solid craftsmanship combined with Austin’s impulses and intuition, successfully capturing her ideal of ‘the clarity and tenuousness of reflected light”…Austin uses an expressive, eclectic language, mixing tonal and atonal structures…

​“…….a phenomenal enhancement of this concert was Circling (for cello & piano) by Elizabeth Austin, who lives mainly in The United States but who is also at home in Mannheim. The music describes four stages in a relationship between two people, who are symbolically portrayed by the performers. Short sparkling sounds as well as more serene, cantabile phrases mark this work equally. Thanks to the convincing interpretation by Flaksman and Urban, the listener was well able to distinguish the varying emotional stages portrayed in the music. Hearty applause followed the program, earning the audience several encores….

“...The American composer, Elizabeth Austin, ....proved that contemporary music can not only be interesting and also aesthetically stimulating but also has the potential to fill concert halls.....One of the most prominent characteristics of her writing is the great discretion (‘delicacy’), one could almost say the great care with which the sound is created. This is especially conspicuous in the solo works, for instance, the premiere performance of the Sonata for Soprano Recorder or in Gathering Threads for B flat clarinet.

Furthermore, Austin’s penchant for quotation, as it is understood in a post-modern sense, is striking....Shock effect is not desired but rather, as in the case of Elegy for piano, four hands, where Chopin’s Marche Funebre is woven in, a preplanned association and growing together of the old with the new......superb brass quintet,  To Begin......audience was fascinated by Austin’s creative diversity and quality and applauded enthusiastically....” 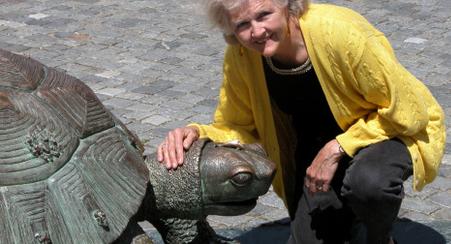 Concert of Women’s Music: Lighthouse I for harpsichord

“…the harpsichordist Fine Zimmermann, in conjunction with the literary scholar, Ingrid Helmke, ..were heard in a gallery concert in Villa Zanders, Bergisch Gladbach.  In this concert, literary texts and music complemented one another, as in…the piece for harpsichord, Lighthouse I, by the American composer, Elizabeth Austin.  This work is enhanced by an excerpt from Virginia Woolf’s novel, which was recited.  With such a connection, the narration was not only relevant but also illuminating…Not all of the works and texts were as convincing in their relationships as in this case…”