I am one and double too

5.  Here is an English translation (by the Austins) of Goethe’s poetic text, the last line of
​which serves as the title of the opera.

To my garden from the East,

Yields its secrets that delight us,

As it pleases those who know:

Is it living just as one,

Are there two, who choose each other,

So that they are known as one?

In reply to all these questions,

I have found the meaning true:

Don't you feel, in all my singing,

That I'm one and double too? 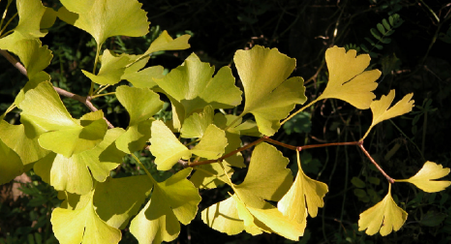 Prologue (on proscenium arch) … in a public place/coffee house

Scene I. ..in the living room of the fort, the Commandant’s

Scene II. In the small park of the fort

Scene III. The next morning in the park

Scene IV. (on proscenium arch) On the way to family townhouse

Scene VI. A few months later, in the townhouse

Scene VII. Same: In the living room of townhouse

Scene XI. A few months later in the townhouse

Scene XI. A projected ginkgo leaf in the background

and on the floor; lighting and change of leaf color shows passage 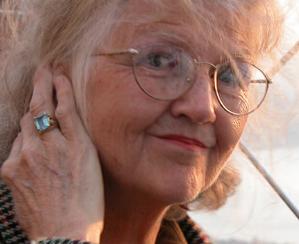 6. Introductory Remarks by the Librettist

​Christa Wolf, the great East German writer, includes Goethe’s famous contemporary Heinrich von Kleist in her short novel Kein Ort. Nirgends (No Place on Earth) as one of the two major characters. In her novel Kassandra, one sentence could almost be read like a message to Kleist. In his drama Penthesilea the passionate love between Achilles and the Amazon queen ends as Penthesilea kills Achilles in an outburst of irrational rage. In Wolf’s novel, the young slave woman Killa implores Penthesilea: “There is a third way between killing and dying: living.” Kleist would no longer have listened: he committed suicide in 1811, at the age of thirty-four.

After the Totentanz of the twentieth century, it is noteworthy that universal and indivual catastrophes often find their way into artistic writing. How truly rare it continues to be (except in superficial ‘happy-ending’ plots) that artists feel obliged to remind their audiences that Wolf’s third way does, in fact, exist. Between the World Wars, Ferdinand Bruckner wrote a stage version of the Marquise of O.. He rejected the ending of Kleist’s story, an ending with the promise of a rich family life with wife, husband and children. In September, 2009, Bruckner’s version was further enhanced by Alexander Krebs in Göttingen at the Junges Theater. The critic of the Göttinger Tageblatt applauded the deviation from Kleist as ‘appropriate for our time’.

Opposed to such lines of thought, our opera identifies with Kleist, with the very Kleist who, writing the Marquise, obviates the message of his Penthesilea: He insists that a measured period of reflection and thought can, under certain circumstances, lead both man and woman to a new beginning, to the third way, to an enhancement of life. There is a moment in which Julietta could have chosen Penthesilea’s way, when she, like “a fury”, looks around her with “a killing wildness”. But she overcomes these wrathful feelings without submitting to an image of a ‘former aggressor’. Later she realizes that this man can indeed become her life partner and husband (an ending that is no less characteristic of Kleist than death and destruction at the end of Penthesilea).

In the Marquise, Kleist embodies that spirit for which Goethe had hoped in this young talent: He turns away from the spirit of Penthesilea and approaches the humane spirit of Goethe’s Iphigenie.  Kleist insists that two people who become separated by a dreadful event can indeed find one another again, that  two entities can be reunited, just as the two halves of a ginkgo leaf grow together with less and less of a space in between.

This simile, derived from Goethe’s famous poem Gingo biloba (cf. also Elizabeth Austin’s Trio for Piano, Cello, English Horn and Reciter), was the source of the ginkgo leaf as one of the opera’s significant  symbols of the relationship between two people. Goethe’s text, sung initially by Julietta’s children as an innocent folk song, is then interpreted by Julietta as a message sent to her personally. The count, Graf F., also experiences the poem as representing the duality of character lurking within himself. In the end, the ginkgo leaf appears as a universal symbol of the third way: two people living in a loving relationship (the final scene includes a duet setting of the poem). In the language of the poem: the ‘double’ grows into one whereas, nevertheless, each part remains recognizable in its individuality.

*= shared between Percussion 1 and 2