Capricornus Caribbicus for flute, oboe, and piano, 1998. Duration: 10:00.
Commissioned by the Recording for the Blind & Dyslexic, Virginia Chapter.

The fast, upbeat Danza reflects the influences of African rhythms impacting on the English contradance. The middle movement, calm and expectant, was inspired by the beatitude, “Blessed are the pure in heart, for they shall see God.” Musical permutations to several popular songs enliven the final movement.

The geometric patterns involving circles at the beginning of each of the four movements mirror a relationship between two people; the performers map out these interpersonal moods.

With personal and professional ties to Potsdam, the composer was inspired as much by the resonance surrounding Sans Souci as by the lyric beauty of the viola d’amore. This two-movement work is a dualistic reflection on the earthly/heavenly continuum of light and shadow, sorrow and joy, as intermingled as the continuum of colors in a rainbow.

The Baroque flute was championed by Quantz, in the employ of Frederick the Great at Sans Souci (and Rheinsberg). Borrowing musical ‘affectations’ from his time, as well as musical quotes from his own compositions, this work also contains variations on a theme given to Bach by the King, when the venerable composer visited Sans Souci.

Showings for soprano, trombone, and organ (piano), 2000.
Based on texts by Julian of Norwich (1342-1412 ca). Duration: ca 13:00.
Commissioned by The Foundation Adkins-Chiti (Italy).
Julian of Norwich wrote Showings, based on sixteen visions of God, occurring as she was extremely ill. As an anchoress, a solitary who is often pictured with her sole companion, a cat, her books were the first to be written in English by a woman.

A Triadic Tribute for brass quintet and organ (2000). Duration: ca 11:00.
Commissioned by the Connecticut State Music Teachers Association.
A fanfare of triadic motives taken from hymns used throughout the church year. Towards the end of the one-movement work, the brass quintet spreads out through the audience, metaphorically sending their ‘light’ into the world.

Water Music I. Beside still waters... for eight celli, 1996. Duration: 8:00.
Commissioned by Mary Lou Rylands.
The ‘water’ of humanity, that of weeping, joins the lamentoso setting of this work.
Envisaging the sweep of waves, an ebb and flow, and rippling movement, the compositional preoccupation with water -music in the flow of time, measured and unendless, is addressed. 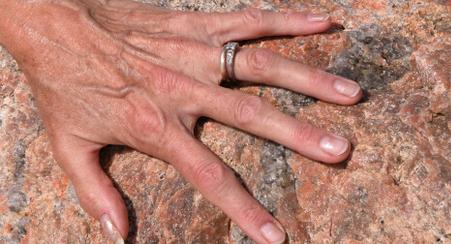 An American Triptych for solo piano, 2001. Duration: ca 8:00. With support from The Rockefeller Foundation. CD: Capstone CPS-8732
​A rag, blues, and hoedown!

A Child’s Garden of Music for solo piano, 2000. Duration: ca 13:00.
Intended primarily for intermediate level pianists, these miniatures are musical portraits of young friends and relatives of the composer. The conclusion of each piece gives the pianist something lively to do, while characterizing the portrait!

A collection of fragmentary threads replaces a traditional motive at first. By the end, these threads become transformed by a Strauss quote.

Ghosts for bassoon and tape, 1980. Duration: 7:00.
The bassoonist becomes increasingly drawn to the “Doppelänger” of the electronic ghost. The phantom player responds by imitating and a game comes about. The winner is heard at the work’s end!

I Felt A Funeral In My Brain, for carillon, 2008. Duration: ca 6:00.
Published by GCNA (Guild of Carillonneurs)
Inspired by the atmosphere of Emily Dickinson’s sobering poem, the hands and feet of the carillonneur become the “mourners, treading..to and fro… in a litany of consolation.

Historical sonata-allegro form involves duality, usually concerning two themes of contrasting character in close proximity. The duality of ideas in this work concerns the use of tonal/non-tonal patterns as a kind of analog of this sonata principle.

Puzzle Preludes for piano ,1994-2008. Duration: ca 14:00
Each  of the seven Preludes centers around a quote, intentionally bent.
The listener is to guess the sources, taken from composers of the Baroque, Classical, and Romantic periods.
Capstone CD CPS-8732

Rose Sonata for solo piano, 2002. Duration: ca 25:00.
Commissioned by Jane Meredith Roche, with support from The Rockefeller Foundation.
In the form of a rose, this exploration of the rose’ essence includes the reciting of several poems about roses by Bachmann, Goethe, Kleist, Rilke, and Williams.

A caged bird, beating his wings in desperation, provides the program.
A commentary on the futility of war, with the third and final movement, one of hope: “Keep a green bough in your heart and a singing bird shall come.”

Wachet Auf…Der Morgenstern, for organ solo, 2006. Duration: ca 6:30.
Two hymns serve as a kind of musical Alpha and Omega, as cornerstones of the church year. Woven together, they symbolize the full circle of Christ’s life.

The inspiration of ancient Greek music, verse, and movement provided the background setting, and the idea of ‘blessedness’ as wholeness is pursued. In this work, the positive but realistic theology of the Beatitudes concludes with an “outburst of joy,” an homage to Messiaen.

An die Nachgeborenen (To  Those Born Later) for SATB Chorus and piano, 1991. Duration: 19:00
Poem by Bertolt Brecht (English translation by John Willett).
German text used with permission of Suhrkamp Verlag. Available in German and English. On Capstone CD: CPS-8625

Like The Grass Of These Fields for SATB chorus, trumpet in B flat, and organ, 2001. Duration: ca 4:30.
Commissioned by the Westfield Congregational Church, Danielson, CT.

Mass of Thanksgiving (“We Gather Together”) for SATB choir, organ , flute, trumpet, 1987. Duration: ca 10:00 Available in English and Latin.

When The Song of The Angels Is Stilled for SATB chorus a cappella, 2005.
Poem by Howard Thurman, used with permission of Friends ofUnited Press.
Duration: ca  3:00. 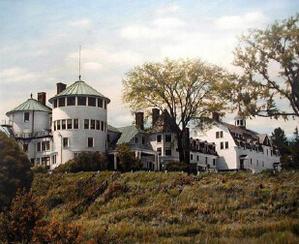 ​As we approach the end of a century infamous for its animalistic explosions of violence, the lurid chill of Sandburg’s menagerie is quite relevant. Six character variations evolve out of the introductory landscape, as each animal emerges from our psychological ‘zoo’. The Petroushka quotes suggest a similar life force, pent up yet threatening to burst out.

Symphony No. 2 (“Lighthouse”): for orchestra, 1993. Duration: 23:10.
This work represents an “Adieux!” at the turn of the millennium, through its structural use of musical quotes from European and American sources. A lighthouse as a metaphoric beacon provides the program for the first movement. The second movement is a Burlesque on a theme by Johann Stamitz (The composer honors Mannheim through this usage; she returns to Mannheim each spring.) An Elegia concludes the work, with the radiant lighthouse once more brought to mind in an incantation.

A complete list of works is available from the composer, as well as from Dr. Michael K. Slayton (Vanderbilt University, Nashville, TN), whose doctoral dissertation (2000) was based on Austin’s music.