Austin’s music has been received with distinction and critical acclaim. Featured on Germany’s Mitteldeutscher Rundfunk, the Leipzig pianist Urban has championed her piano music, performing at the Gewandhaus and The National Gallery of Art (D.C,), among other events. 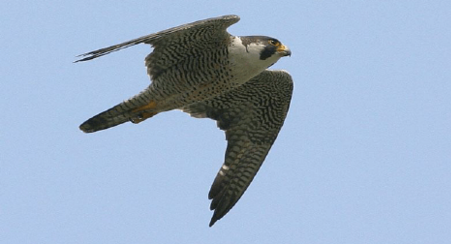 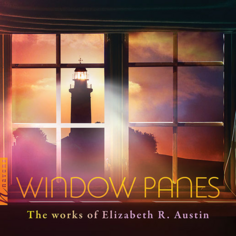 February’s event features an ice sculpture and a fire eating demonstration, trivia, and dance performances by The Dance Collective. 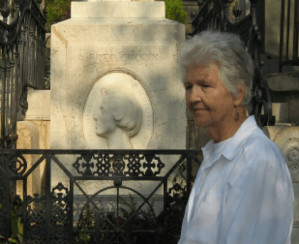 THE WORKS OF ELIZABETH R. AUSTIN

Navona presents WINDOW PANES, a cross section of works by compositional veteran Elizabeth R. Austin. The collection is the first to comprise a lifetime of the American's works into one album: and as the title insinuates, it is an album full of interwoven associations, subconscious reminiscences and intense melodic reflections, with decades of labor condensed into an hour of listening.

But WINDOW PANES isn't just an album; it's a musical biography. In 1959, Austin won a scholarship after Nadia Boulanger had heard her Three Rilke Lieder, featured here (the piano accompaniment played by Austin herself). But there are more recent works, too, such as her Symphony No. 1, Wilderness, originally recorded in Poland in 1991, and Symphony No. 2, Lighthouse, recorded in the Czech Republic in 2005. Strikingly, despite the decades between these works, the quality of the individual pieces has remained constant. In spite of their vast differences in complexity in terms of instrumentation of formal structure, one impressively finds the early exactly on par with the later symphonies.

Occasionally, times and places have influenced the pieces, such as An American Triptych, which incorporates elements of jazz and blues into a distinctly contemporary blend. For the Five Sonnets from the Portuguese, the traditional lyrics aren't an obstacle to the modern zeitgeist: indeed, they are so timeless that they would neither be out of place at a modernist concert in 1910's Vienna, nor a contemporary music recital in America today.

But perhaps the work hinting closest at Austin's own, personal nature is Puzzle Preludes. Ironically, its subtitles suggest it to be a set of preludes based on classical composers, but quite mischievously defies this expectation. It is here that Austin's own voice is heard most clearly.

WINDOW PANES is the distillate of a life dedicated to contemporary serious music: filled with complexity, diversity, and great dedication.

On Saturday, October 21, 2017 at 4 p.m., The American Composers Alliance concert of vocal music will include Elizabeth R. Austin’s Frauenliebe und -leben (A Woman’s Love and Life), sung in English by Lydia McClain, soprano, and with the composer at the piano. This concert is at The National Opera Center, 330 7th Avenue, New York (Scorca Hall). Dr. Austin has incorporated some of the same poems (and structure) of Schumann’s famous setting but has embellished her song cycle with other poems reflective of a woman’s stages of life.
Suggested donation $15 per person, Seating on a first come-first served basis. Reservations can be made by e-mailing info@composers.com.​

Elizabeth R. Austin's Litauische Lieder (Lithuanian Lieder) for baritone & piano will be performed at Die Akademie der Künste Berlin. The occasion is the Centennial celebration of the poet, Johannes Bobrowski, who was born in East Prussia. Performers are Wolfram Tessmer, baritone and Frank Gutschmidt, pianist.

Born in Frankfurt/Oder, Germany, Ulrich Urban studied piano at the Leipzig Hochschule für Musik (Conservatory) with Günter Kootz and conducting with Rolf Reuter. Subsequently, he has taught at this institution, being promoted to full Professor of Piano in 1991, after the fall of the Wall. With his first performances of Bach, he garnered glowing reviews and he was engaged by several recording companies. Other great names associated with Leipzig’s musical tradition, such as Mendelssohn, Schumann, and Wagner, and last but not least, Max Reger, appear regularly in his recitals.

Calendar of Events - Page One

IN TWO CONCERTS ON OCTOBER 21, 2017 at New York City's acoustically welcoming Scorca Hall at the National Opera Center, the works of thirteen composers, all members of the American Composers Alliance, were presented by more than fifteen accomplished and gifted singers and instrumentalists; the two concerts featured four world premieres and five New York premieres. The works varied considerably in theme and style—and were carefully described in superbly detailed and informative program notes

In the afternoon concert there were six short pieces, varying in length from five to ten minutes. Inevitably, the concert had a somewhat scattered feel to it.

Each piece was performed by different singers and instrumentalists. Each was written by a different composer, exploring radically different texts and stories. The difficult result was that each work could only be an introduction - a sample, a taste or, at best, an affirmation - of the overall work of each composer; furthermore, unless a listener was familiar with any given composer's oeuvre to date, there was no way to know whether a new work was a departure from past patterns, a development of them, or something entirely new. In spite of these drawbacks, the afternoon was a happy one: the music was, by turns, interesting, exciting, witty, and majestic, and the audience - consisting largely of fellow musicians, composers and enthusiastic friends of friends - responded positively.

The evening concert had greater coherence: it was a recital of seven works Jeremy Huw Williams and pianist Paula Fan, both secure, accomplished and gifted artists, Although Williams and Fan presented works by seven different composers, the coherence of Williams' and Fan's partnership gave this concert a self-contained shape and sensibility.

In spite of the differences between the two concerts, however, the goal of the performances - to reveal unifying artistic characteristics among composers even within their great variety - was effectively realized.

The world premieres were strong.

Jody Rochmaker's Flutesongs, presented by Jacqueline Horner-Kwiatek (soprano) and Laura Falzon (flute), based on texts by Amy Lowell and Elizabeth Barrett Browning, was an elegant work: poetic themes of imagination and dreaming were developed into musical examinations of transfor­mation. Rochmaker's writing is both traditionally disciplined and unexpectedly inventive; lyricism and breathy explosions alternate as voice and flute imitate each other. Rockmaker lets music emerge from the texts, "blurring to unexpected chords" (Lowell) and the singer's and flutist's seemingly effortlessly produced trills and loops reflect divine dreaminess.

A particularly substantive work, Elizabeth R. Austin's A Woman's Love and Life, was fascinating as both an examination of an inherited nineteenth century literary tradition and a thoroughly contemporary reflection on women's life passages. Offering her own translation of texts by Adalbert von Chamisso {1781-1838), Austin expands on musical insights of Robert Schumann, who set the same poems to music, and adds additional darker, more radical—and arguably more feminist — presentations of women's responses to questions of agency and inevitability in their own lives. Austin herself played the piano in this performance; Lydia McClain, whose full and flexible soprano voice proved a particularly good match for the material, sang. Though created as a mini song cycle that descended quite naturally from the nineteenth century lieder tradition, Austin's writing has a distinctively cinematic style, a combination of accessibility and swift movement from one mood to another, that makes her music distinctly and recognizably her own. The last 'song' of the piece, "Dream of days gone by," was especially marvelous, making expansiveness and poignancy close companions.