Should you wish more information on unpublished scores or recordings, please let me know. 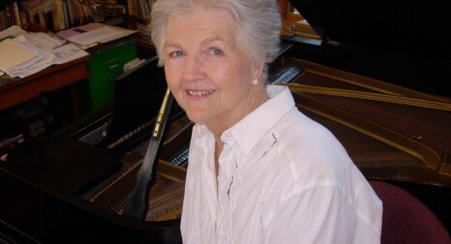 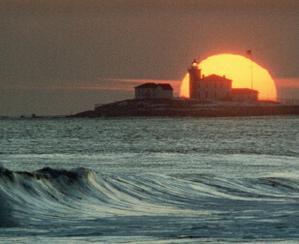 From the walls of  The Bushnell Concert Theater, Hartford, CT:

We recognize the fact that God has made the substances of the world to crystallize and grow under laws of music so that strings and tubes of metal and wood and voices opening in sound, shall speak in a panharmonic language for whatever feeling struggles in the depths of the human bosom.

What you call hindrances, obstacles, discouragements, are probably God’s opportunity.

Truth is a whole and is to be sought only as a whole, anywhere, everywhere, and by all means.

Her association with the Hartt School of Music (University of Hartford), where she earned a Master’s in Music while on the faculty, included the establishment of a faculty/student exchange with the Staatliche Hochschule für Musik Heidelberg-Mannheim. While studying for her Ph.D. at The University of Connecticut, Elizabeth Austin won First Prize in the Lipscomb Electronic Music Competition (Klavier Double for piano and tape).

Her awards have included a Connecticut Commission on the Arts grant, selection by GEDOK (Society of Women Artists in Germany/Austria) to represent the Mannheim region in its 70th anniversary exhibition, and First Prize in IAWM’s 1998 Miriam Gideon Competition (for Homage for Hildegard [von Bingen], and a Rockefeller Foundation residency at Bellagio, Italy (2001).

Performed in Europe and Scandinavia, as well as in The United States and the Caribbean Austin’s music has been received with distinction and critical acclaim. Featured on Germany’s Mitteldeutscher Rundfunk, the Leipzig pianist Ulrich Urban has championed her piano music, performing at the Gewandhaus and The National Gallery of Art.

In several IAWM Journals (2001-2014), her music has been the subject of interviews and articles. The online journal SCOPE (Winter, 2011) has a feature article on her music.

Dr. Austin was the BMI/Vanderbilt University Composer in Residence in 2015. An excerpt from Austins’ opera I am one and double too, was performed in a portrait concert. The final scene was also performed in 2018 through The Women Composers Festival of Hartford. In honor of their 125th anniversary in 2015, the Hartford Musical Club awarded her a commission, premiered in an Austin portrait concert. In 2017, Austin’s Litauische Lieder was performed in Berlin.

Austin’s music is published by Arsis Press, Tonger Musikverlag, Peer Musik, Certosa and recorded on the Parma (Capstone) and Leonarda labels as well as on the 1994 Society of Composers CD and Journal (Vol. 20).  Her scores are available through the American Composers Alliance.

Thank you for contacting us! If needed, you will hear back within 48-72 hours.

“..Austin’s..human concerns are deep and they infiltrate her musical ideas..strong, assertive work… (from CD review of “Wilderness Symphony #1”)​