"... one leaves (Austin's) concert with the sense of having heard something written by a person
​who honestly loves music and is constantly discovering new reasons why she does..."
Fred Patella: New Music Connoisseur”, Vol. II, Nos. 3 &4 (2003)

When I was a young woman, there was a very dogmatic tradition, in that if anyone wrote in tonality, one was pushed aside by the professional establishment…my child-rearing years solved this problem until it became much more lenient. The desire to transfer feelings and experiences into sound that can be communicated to others is the ‘ground bass’ for all composition. My response to the extraordinary beauties of the rose, for instance, tries to capture the rapture, regret, nostalgia of that flower. The poetry about the rose that I couple to the music is highly charged and I use ‘radical tonality’ to get to its essence. I work like a sculptor with sound surfaces, chipping away until there is a correspondence, a proportion that resonates.

...About my musical style

I have been told that there are certain stylistic stamps which characterize my music writing. Hopefully, there is nothing peripheral about it and most certainly, I belong to those composers who are willing to justify the relevance and economy of their musical ideas. When those ideas are tied to a literary or visual agenda, the music acts as a lyrical messenger.

I profess allegiance to no particular school of compositional procedure nor do I write under the banner of an -’ism’. I do engage contemporary sounds with musical quotations from the past, since I freely acknowledge responsibility for a viable continuance of traditional elements in contemporary fabric.

No one writes more slowly than I do! To find forms that grow out of specific material has me at the keyboard and improvising. After I finish a sketch, I leave it for a while and return when I can approach it with a fresh ear. Composers today should feel so glad that they are once again free to utilize expressive means from different musical periods without having electicism regarded as a negative value!

I cite musical passages from the past either as a jumping-off point thematically or integrated into the structure as form-defining elements. These quotes inevitably carry with them  nostalgia, tinged with pathos or irony. This ‘remembrance’ can be regarded as homage but the directness of musical expression is apparently considered American. (Cocteau did write, however, that he had the great audacity to be simple!) The elegance of a beautifully made poem or the immediacy of drama evokes my response to enhance the literary overtones with musical ones. Choosing texts or themes which lend themselves to a musical setting is the trick!

In addition to being influenced by electro-acoustic sounds, I number myself with my colleagues by citing the relevance of certain cinematic processes
such as juxtaposition, 'cuts' and 'panning'. Traditional goal-directed writing can be set in relief when pitted against flashback techniques or a layering of motivic fragments occurring simultaneously (not such a new idea!). Paradoxically, the musical density resulting from such layering can conceal ‘closeups’ of  ideas employingimitative methods.

I strive to make my music ‘performer-friendly’ without surrendering my own voice. I am always thrilled when a listener perceives the foremost desire to communicate my experience of the world. 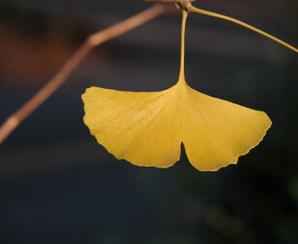 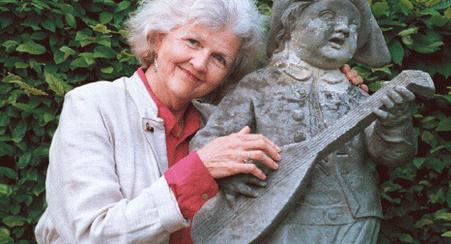 This tree’s leaf grows here, entrusted
To my garden from The East,
Yields its secrets that delight us,
As it pleases those who know.
Is it living just as one,
Separate within itself?
Are there two, who chose each other,
So that they are known as one?
reply to all these questions,
I have found the meaning true:
Don’t you feel, in all my singing,
That I’m one and also two?